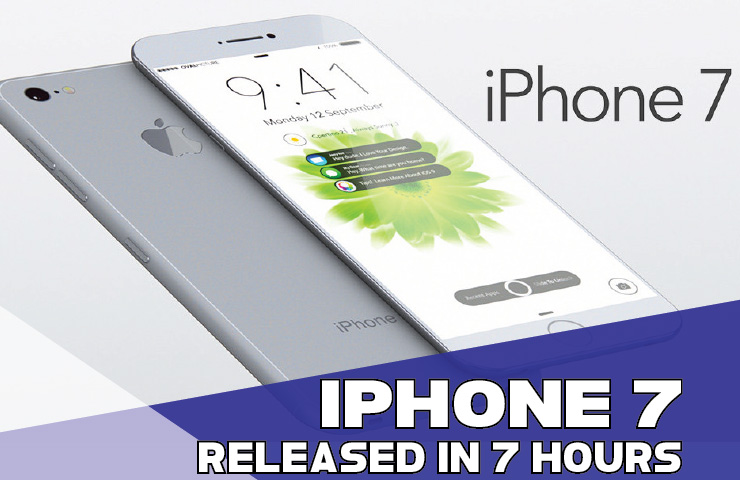 Tomorrow morning you will wake up to news of the new Apple iPhone 7 and Apple Watch 2.
Of course if you want to watch it live online, you’ll be able to do that too.
Some of the rumours for the iPhone 7 are...

- No Headphone Jack
Rumours are the 3.5mm headphone jack will be no longer and users will need to use the lightning adaptor or wireless headphones. Rumours are there will also be new Beat headphones released as part of this feature change.

Faster Processor
The iPhone 6 shipped with the A9 processor. The new A10 processor will improved device speed. Some reports even suggest it may be DOUBLE the speed.

Dual Camera Lens for Plus model.
Both the iPhone and iPhone Plus are said to be getting new cameras. The iPhone Plus 7 however is said to be able to do video at 4k! Say goodbye to your memory.

Smallest Capacity increased.
The iPhone 6 cam in 16gb, 64gb and 128gb. The new iPhone 7 is believed to have 3 options available with 64gb being the smallest capacity with the maximum capacity to be up to 256gb. You’re going to need that if the 4k rumour is true.

New Colours
We’re informed there will be up to 5 colour choices for the iPhone 7 and 7 Plus including a new ‘glossy’ finish.

Reduction in releases.
Not sure about this one, but there has also been rumors that Apple will be changing from a 2 year phone cycle to a 3 year cycle. If true, there may not be an iPhone 8 until 2019!

We’ll bring you some details of the new devices over the next couple of days.