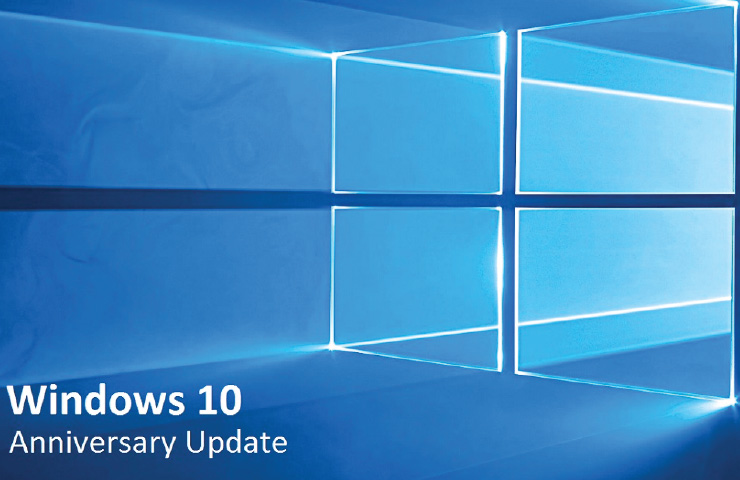 Microsoft has started rolling out its Anniversary update on Windows 10 computers. The update includes additional features & improvements not only for your computer or laptop, but your Windows phones & XBOX as well. Some of the changes you will notice, whilst others may be in the backend and not noticeable.

So here are some of the changes & improvements in the anniversary update.

Cortana
Features new recall technology that allows you to see previous searches, photos or documents across all devices.

New Skype Preview
Skype has been re-designed for Windows 10 and will come with the Anniversary Update. With all new features to the trusty old Skype, the new version looks a lot different with Windows 10 influences all over it.

Security
Windows Defender has been given a bolster. Windows 10 Anniversary Update will be the most secure Windows ever. With security threats a major problem these days, security companies are cashing in on prevention programs. Windows Defender is a good anti-malware program that comes free with Windows, but be warned... it’s not the best out there. Windows Edge has also had major security improvements made making for safer browsing.

Power Efficiency
Your Windows devices should be a little more efficient on your battery going forward. Changes to the Microsoft Edge browser makes it the lowest power consuming browser according to Microsoft. (FYI, they rank them in the following order. Edge, Chrome, Opera, Firefox)

More Themes
There are more themes to choose from. On top of that, you will have more control over the colors in your theme so you can make your computer yours.

Start Menu
Microsoft has changed the way the Start menu works. The ‘All Apps’ option no longer there and your apps are simply listed (as though you pressed ‘all apps’. One some computers, the tiles to the right of your start menu may include 5 more ‘suggested apps’. Your most used apps will still be at the top on the left side of the start menu.

BOSD
This one we laughed about... The dreaded Blue Screen Of Death no features a QR code so you can use your mobile to search details about your crash...

There’s a lot more features that the Anniversary update will provide. It will roll out to your computer at some point, however, being a large update, it’s being rolled out in stages. If you would like us to force the update, let us know.