Apple fans were not ready for this. 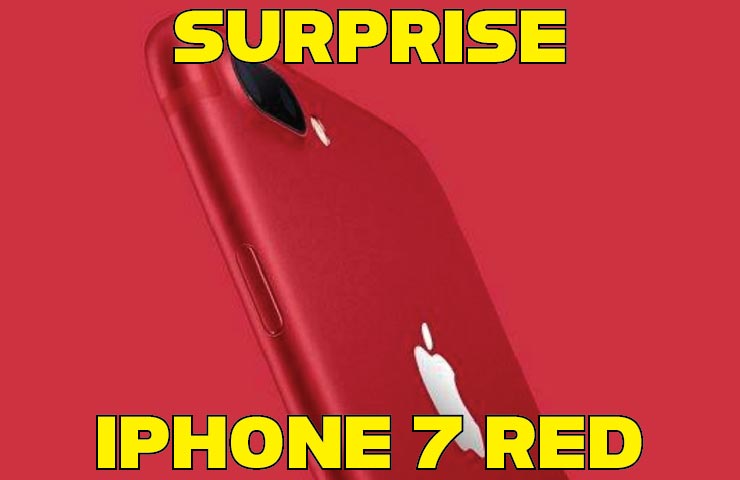 Apple fans were not ready for this.

Apple are well known for their big releases and secrecy surrounding them. We always hear trickles of news coming through but its never confirmed. This time was a little different. Apple have release new models overnight and no one knew it was coming. Welcome, The iPhone 7 Red and the iPhone 7 Plus Red. Updated iPhone SE now has more storage. Updated Cheaper iPad, with a brighter screen and a new app called Clips which allows users to add captions using voice to videos to go up against popular App 'Snap'.

The big new that has the technology world a buzz is the iPhone 7's in a striking red colour. Apple have for released this model to aid efforts HIV/AIDS prevention and cures buy sending funding to research with each sale of the red models. It doesn't stop there, Apple have also released a leather case, a silicone case and a smart battery case, Apple Watch band, Beats headphones, Beats portable speakers, iPad silicone case and an iPad smart case all in the same red with the view of funding HIV/AIDS research.
Source: Apple.com
http://www.apple.com/product-red/

There are rumours circling of a new model iPhone (iPhone 8) coming around September or October which may have wireless charging capability, curved display or edge to edge screen, faster processor & 3D face recognition. The biggest change said to be coming in the new iPhone is the removal of the home button.