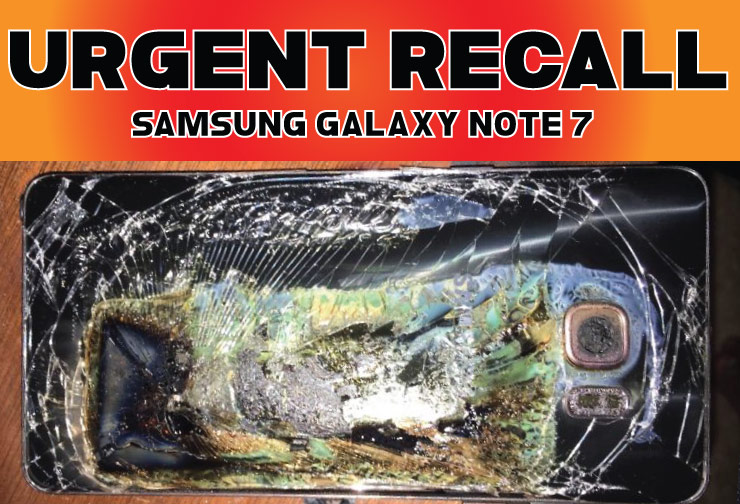 Problems with the Galaxy Note 7 is a tough pill to swallow for Samsung. With a mobile phone war raging between phone suppliers Samsung, Apple, Microsoft & Google and Samsung can ill afford a catastrophe like the one currently ‘burning’ the company. Samsung has announced overnight that it will permanently halt production of its Galaxy Note 7 due to exploding batteries.  In September, Samsung issued a recall and replacement program for the Galaxy Note 7. Samsung re-designed their marquee smart phone after they found a fault in the battery. After the re-design, Samsung started shipping the replacements but new reports suggest these too are catching fire.

There are estimated to be 50,000 Galaxy Note 7’s in Australia, and Samsung has promised to replace each one with a different phone from their range or offer a full refund. This is estimated to cost Samsung over $17 billion worldwide.

If you are the unlucky owner of the Samsung Note 7, it is suggested you immediately turn the phone off and take it to your local branded Telco or where you brought it.

Since the Samsung fires in September, in line with the release of the Apple iPhone 7, Apples stock has risen by 2.3% on Monday and 13% since September. Last time Apple stocks were this high was December 2015. Analysts suggest, the Samsung debacle will help Apple sell and additional 15 Million iPhone 7’s during the final quarter of 2016.