set id Letterbox USB's Not The Only Threat.

Letterbox USB's Not The Only Threat. 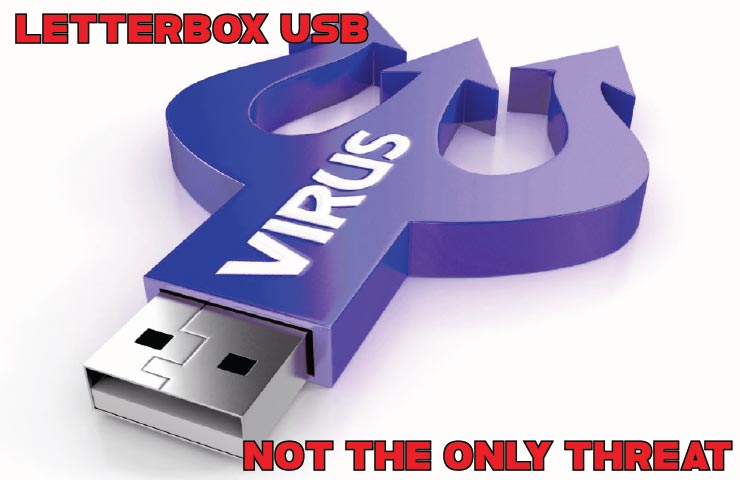 Letterbox USB's Not The Only Threat.

In the last few days, you would have seen something somewhere about unmarked USB sticks finding their way into mailboxes. While this was in Pakenham and not in the Bacchus Marsh, Ballan or Ballarat areas (of which we cover), the threat is still real.

Plugging one of the USB sticks into a computer is said to install malware and other threats onto unsuspecting victims computers.

Rogue USB sticks have been responsible in the past for triggering Malware attacks around the world that can spread in a matter of minutes. A new Malware threat is just as likely to cause as much damage as a well known threat, and sometimes even more damage as new threats are much harder to identify with scanners.

So, why are we getting the warning here in Western Victoria?
Simple, It’s unclear whether the sticks were placed in the Pakenham letter boxes by hand or if they were delivered by AusPost. Secondly, it’s not uncommon to find a USB stick someone has lost. I personally know at least two dozen people that have found USB sticks in random places. Any USB stick found that doesn’t belong to you... could be infected with something that will make your life a misery.

Early in 2016, the University of Illinois conducted an experiment by dropping close to 300 USB sticks around their campus. Had the sticks been infected with a Malware attack, its estimated the success rate of the stick for the hacker would be over 45%.

With numbers like that, you can see how easy it is for hackers start their activity.