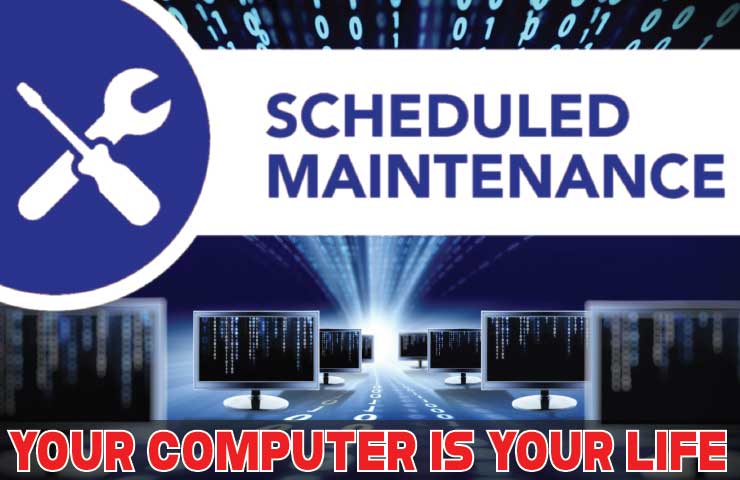 "We believe that your computer needs regular maintenance, just like your car."

There are many reasons we believe that a scheduled maintenance program can be beneficial for your home & business computers. For example, having a computer that is kept clean regularly can result in less security issues later down the track, preventive maintenance is often cheaper then reacting to a bad situation. Your files are also safer if there are regular checks done to protect them.

Let’s look at a couple of real life scenarios.

Scenario 1 – Ransomware.
Client has 6 computers and recently got infected by a Ransomware virus on two of the computers. The client lost over 12gb in photos and 1300 documents as a result of the attack. To get the files back (with no guarentees), the customer had the option of paying the ransom which was $750 plus the cost of Ballan Computers to come in and resolve the issues and check security. Include new security programs and other costs, and the customer was up for a hefty bill & recovered no data.
Total Cost - Upwards of $1,750

Scenario 2 – Hard Drive Failure.
Client has a home laptop computer and uses it daily for Facebook and Photos. The client collected a hard drive full of photo memories totalling over 200gb. The client rang Ballan Computers to see if we could recover the files due to a hard drive failure. Unfortunately for the customer the hard drive had completely collapsed. Data not recoverable. Client lost not only the hard drive, but 200gb of family photos and memories. While the scheduled maintenance may not have stopped the hard drive failure, we may have caught it early and would have suggested a backup of data.
Total Cost - $370 plus loss of 200gb of photos.

Scenario 3 – Malware
Client has two computers at home and 3 kids in high school. The computers get a lot of use by the kids downloading movies, programs and for school work. Ballan Computers gets regular calls from the client with new issues affecting the computer due to poor internet usage discipline. Every time Ballan Computers gets a call to see this client, both computers are infected with a new malware program. While Ballan Computers can clean infections, we can’t stop them all coming back when a computer is consistently used in high threat programs or patterns.
This customer calls on average once a month. A scheduled maintenance program would be a huge benefit for the client.

Scenario 4 – Uneducated Computer Users.
In this scenario, the client fell victim to the Telstra scam, (where a ‘Telstra’ rep calls to tell you your internet connection causing issues). The client uses the internet mainly to play Facebook games and connect with family overseas, however, when Ballan Computers was called, it was already too late. The customer’s bank account had been relieved of over $1,200 and their computer had been locked so they couldn’t access their data. Brutal for a pensioner let alone anyone else that falls victim to the scam. This wasn’t the only issue though, the customer changed her 10 year old mobile number and had to change details with her banks.  When Ballan Computers was called, we managed to save her file, photos and documents, but there were a few things that had disappeared. The bank involved has told the customer the money will be returned, but there have been instances where the money has gone for good.

With a scheduled Maintenance option, this client would have been more wary of scams such as the Telstra Scam. We may have also had a scheduled backup ongoing so data loss was kept to a minimum.

There are many more reasons for you to consider scheduled maintenance on your computers. The consequences can far outweigh the cost if managed correctly. Contact us today if you'd like to discuss a scheduled plan for your computers.