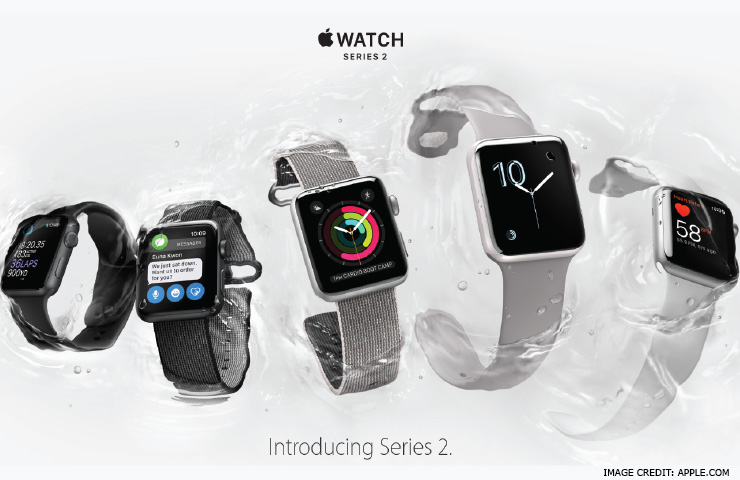 All the hype has been about the new Apple iPhone 7, but there was another new product launched last night in San Fransisco. Apple are calling it Apple Watch Series 2. And it looks AMAZING.

The Apple watch was release a little over 18 months ago and in that time it has taken on the big boys. Apple watch is now 2nd in the watch industry behind only Rolex. This makes Apple number 1 when it comes to the smart watch... and its easy to see why.

While there are cool new features with the Apple Watch Series 2, the biggest cheer from the crown came when they announced an App will be available for the watch... Pokemon Go... Yes... You read that correctly. In fact, the Pokemon Go app will work in conjunction with the workout recordings as you walk and run.

By now, you’re thinking... really? Pokemon Go? Yep.. we understand.. however there are many other cool features in Series 2... The Apple Watch Series 2 will now be ‘SWIM PROOF’ to 50 metres making it the only smart watch to achieve the feat. They say the watch will also count swim calories more accurately than any other device and learn your swim habits to give you a more accurate result. It will also come in a cool new finish to compliment the stainless steel and aluminium models, Ceramic, and it looks good. They say it’s 4 times stronger than the stainless steel version.  The GPS function is also new and records your workouts and plots you route at the end... pretty cool for a watch.

That’s not all, There was another new watch product launched, Nike +. Essentially it’s an Apple Watch series 2 along with a sporty band and Nike app to capture more data than ever before. The app comes with ‘Just Do It Sunday’, Nike believe that people who walk/run on Sunday are more productive throughout the work week, so their App reminds you to get up and do a workout. It also sends you challenges and keeps you up to date with friend’s workouts so you can compete. All from the small screen.  The Nike + App will also have pre determined routes complete with data, checkpoints and information of the routes features.

The Apple Watch Series 2 comes complete with a new powerful processor they are calling S2. Its a dual core processor and is 50% faster than its predecessor. The graphics chip has also been upgraded and will be two times faster than the previous model. It will also boast a screen twice as bright as the previous model. In fact, the screen will be the brightest screen in ANY Apple product to date.

Lastly, The Apple Watch Series 2 won’t be the only model on the shelf. The original Apple Watch will still be on sale but it too will be upgraded to the Dual Core processor and get a price reduction.

The Apple Watch Series 2 will be available to order from Sept 9 and released for sale on Sept 16.

There was some kind of phone launched too... I think they're calling it an iPhone 7? Check it out here.