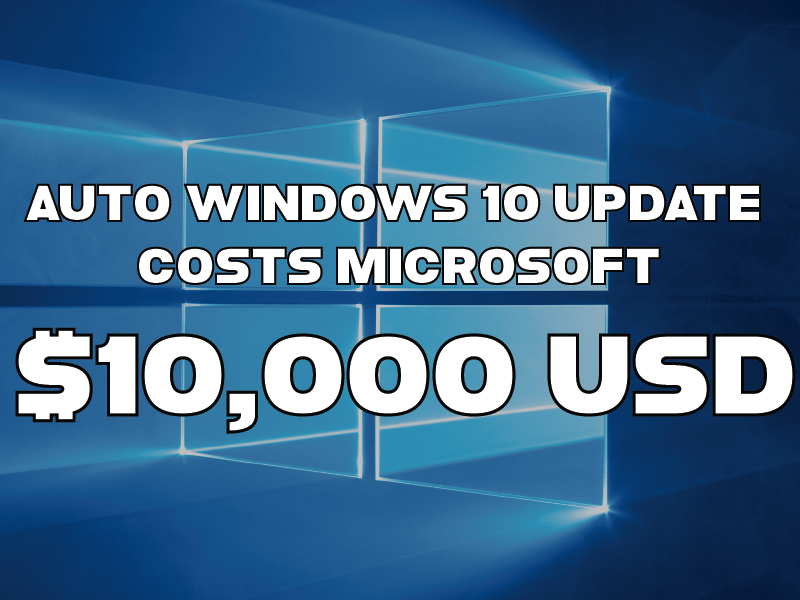 A Californian travel agent has successfully sought compensation of $10,000 USD for what she says was unwanted automatic update. Microsoft has been criticised heavily in the last few months due to the aggressive tactics used to 'force' users onto their new Windows 10 platform. Teri Goldstein was less than impressed when her Windows computer upgraded to Windows 10 with no warning effectively bring her business to a halt during one of its busiest times. Teri was even forced to replace computers affected by the upgrade.

Microsoft reportedly appealed the court’s decision before having second thoughts and dropping the appeal to avoid further ligation and costs.

This does bring us to an interesting point though. Microsoft says the Windows 10 upgrade is secure and safe, but we at Ballan Computers are not finding this to be the case in some cases. We find that some computers do not upgrade correctly causing not only issues, but data loss. Ballan Computers can help reduce the risk by running security checks and checking for conflicting programs before the upgrade.

If you wish to stay with your current Windows 7 or Windows 8 install, let us know and we'll make sure the automatic update doesn’t happen to you and stop the constant reminders.

We're expecting a lot of unhappy people this month as the Microsoft Windows 10 upgrade is due to expire on the 29th July. Having said that, if you're running Windows 7 we suggest you upgrade as you will no longer be safe against the latest threats.