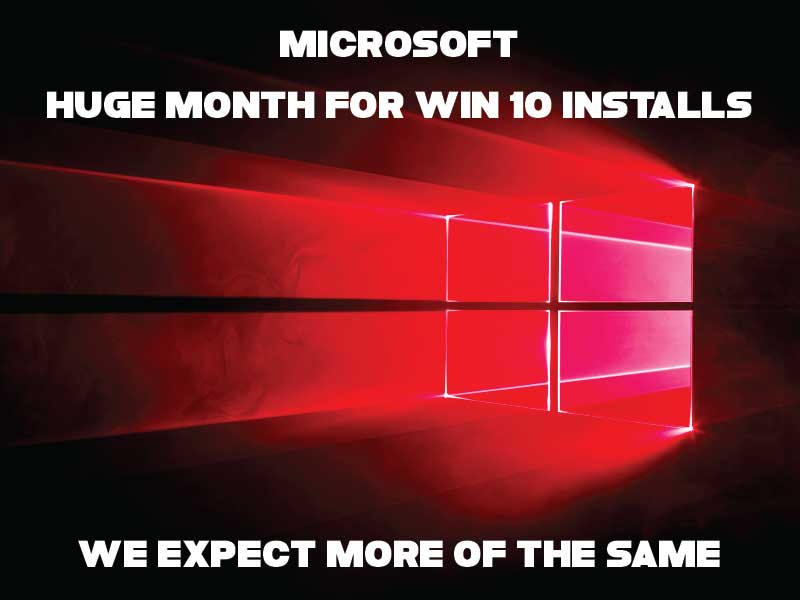 Technology Giant Microsoft has got very aggressive when it comes to upgrading computers between April and May with a huge 2.09% increase in usage to a total of 17.43% market share. That may not sound like a huge increase, but we consider it a huge leap in such a short time. Recently Microsoft have been rolling out the update to Windows 7 and 8.1 computers as a recommended update practically forcing its self on to millions of computers worldwide. In May alone, Ballan Computer has seen an increase in calls due to failed Windows 10 Installs or misbehaving computers after the update completes.

What strikes us about this increase is how many people still use Windows 7 as their main operating system. Over 40% of computer users are considered to be using Windows 7 meaning the Windows 10 upgrade still has a long way to go to get to the top spot.

We consider Windows 10 to be the best Windows ever. It has the start bar back (something sorely missed in Windows 8) and feels a lot like Windows 7 but with all the great features Windows 10 has. Most importantly security though, Windows 8.1 and Windows 10 are now the only Windows operating Systems receiving updates by Microsoft leaving Window XP & Windows 7 computers at a much higher risk than ever before and getting worse as every day passes. That’s over half of the worlds computers no longer receiving security updates! Thats HUGE!

With that said, there are some people that simply don’t want Windows 10. We can understand that too. There are reasonable reasons not to take up the Windows 10 offer such as component compatibility, computer speed or fear of the unknown. If you are getting the update no messages and don’t want the upgrade, consider reading these two entries on our site.

If you do want the Windows 10 upgrade. Time is running out. On July 30, a Windows upgrade package will cost $119. Better off getting it free before then, however, we suggest if you’re not sure how to give your computer a full security clean first, let us do the work for you. Most Windows 10 upgrade issues can be attributed to errors with the current Windows 7 or 8 install before the upgrade takes place.