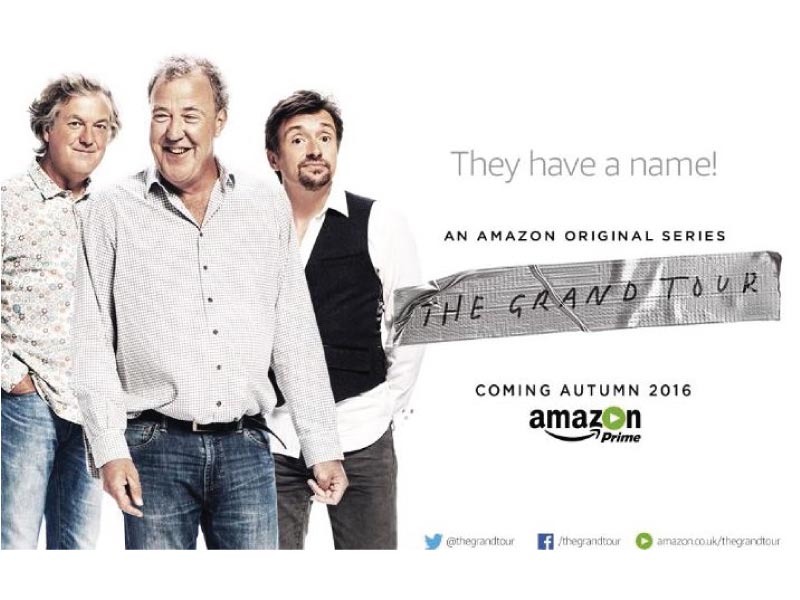 Ok, So we’ve seen the first episode of ‘The New Top Gear’ and mostly been disappointed. Yes theres a new celebrity track with a water splash, dirt track and a jump, but is that really what the show needs? No... It need Jeremy Clarkson, James May and Richard Hammond. Without the trio, its just not Top Gear. So... Whats the deal with the new show?

Jeremy Clarkson, James May and Richard Hammond will now be hosting a show that tours different countries in a big tent. They call it, ‘The Grand Tour’. Amazon has the rights to the show and will be airing it via its Amazon Prime service.

Amazon, is a big name on the Internet, but Australia hasn’t really taken it on board like the rest of the world. Amazon Prime is a service very similar to Netflix, but with a key difference, different content. While Netflix is primarily a video streaming service, Amazon prime also does music, ebooks & storage. In fact,Amazon boast to have over 20 Million items! Not bad. You can get access to all of this from $99 per year. There is one HUGE issue with it all though... Currently, Amazon Prime doesn’t stream to Australia! Amazon has been stalking the Australian Market since mid 2015, and is hoping to launch their Amazon Prime product with the Launch of ‘The Grand Tour’ in August. Industry insiders believe that if Amazon Prime doesn’t find a suitable streaming solution before August, The Grand Tour might be available to other Australian Networks such as 7, 9, 10 or Foxtel. Expect a bidding war if Amazon Prime fails to find traction in the Australian Market.