Downloading Software? Take A Second... Think About The Source. 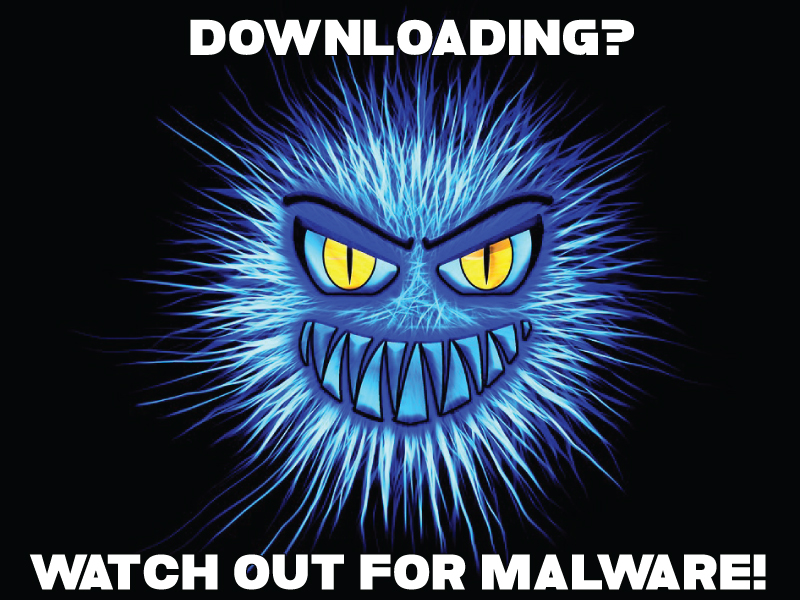 Downloading Software? Take A Second... Think About The Source.

Malware effects users all over the Internet. Seriously, very few things on the web are as dangerous as contracting a malware infection, and few things are as time-consuming as the process of malware removal. Avoid malware at all cost.

Here’s the thing about malware: It’s not enough to protect your computer by installing a top-notch security suite. You’ll have to change your bad security habits and start doing what the experts do and if there’s one habit that you must kill as soon as possible, it’s the carefree downloading of software from any and all sites. Today, free software download sites (legal & illegal) is one of the most common sources of malware.

CNET
The site formerly known as Download.com — and most of them will probably tell you to stay away. You should listen to that advice if you know what’s good for you. CNET Download has been around since 1996, It was once the most popular download destination on the web, but in those twenty years, the website has really gone downhill. Can you download files safely from CNET Download? Yes, you can, but it’s risky. Few people trust CNET Download anymore and using the site is asking to cross a minefield. CNET is now notorious for packaging other software in with what you’re actually looking for.

Torrents
There are plenty of legal torrent sites out there that are valid and legitimate. Despite what a lot of people think, torrenting itself isn’t actually illegal. But let’s be real: if you torrent, you’re probably doing it illegally. We don’t condone the practice, but if you are going to download torrents, heed this warning. Public torrent tracker sites like ThePirateBay, TorrentZ, & ISO Hunt commonly contain malware. According to a 2015 study. You are a massive 28 times more likely to contract malware from a torrent site than a mainstream website. Long story short, torrents are risky and should be used with extreme caution..

Softsonic.
Not to be confused with Softpedia, which is mostly reputable for its niche, Softonic is another ancient download site that has been around since 1997, and it’s actually based in Spain. Starting in 2009, Softonic spearheaded several different distribution models, including the Softonic Toolbar and the Softonic Downloader. Even when users opted out, they were blasted with these kinds of unwanted programs, which is why Softonic has such a poor reputation now. In 2015, the co-founder of CNET Download became the new CEO of Softonic. The Toolbar and Downloader were immediately dismantled and the site promised to dedicate itself to clean and safe software, but it’s still too early to tell. Considering how poorly CNET Download has performed in terms of delivering clean and safe software, we recommend treating Softonic with similar caution and avoiding it until the site proves itself and walks the talk.