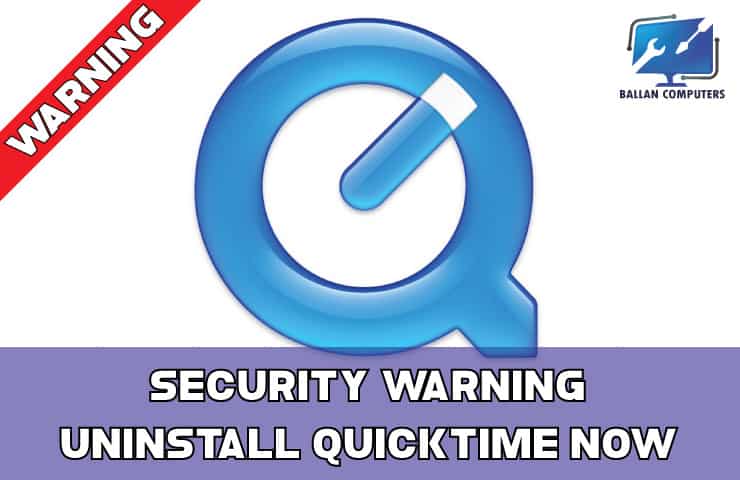 For years QuickTime has been a popular program to play videos & audio on Windows computers. We are now being advised by the US Homeland Security to uninstall QuickTime immediately if you are using it on a Windows based computer. Why? Apple are no longer updating it , leaving you open to a massive array of threats including what Homeland Security say are two critical threats.

Ballan Computers has done a few posts explaining Malware, Ransomware, Spyware and computer threats in general. The issue is, when a company stops supporting a product it has rolled out on millions of computers worldwide, it also gives criminals & hackers free reign on software that isn’t updated. This is a major threat.

When we service a customer’s computer, we often clean up some unrequired software, but before we do, we often ask, do you use ‘software package 1’, 9 times out of 10, the answer is “No”, or “I don’t know what that is”. Updated and forgotten software is a major security threat to your privacy and files. We suggest keeping your computer clear of unused programs, especially if they require constant updating.

Apple has released guide on how to remove Quicktime from your computer.
See the blog post by Trend-Micro about the same recommendation.