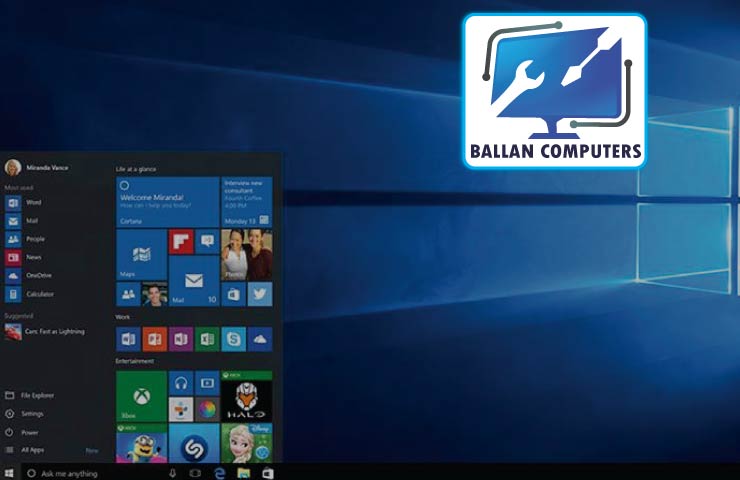 Its official,  Windows 10 is now the second most used Operating system on computers around the world,  second only to Windows 7.  While that seems a quick take up on Windows 10,  it still has a very long way to go to overtake Windows 7.

Windows 7 is the main operating system on over half of the world’s computers according to a recent study (52%).  Windows 10, in second place with just 11.85%.

Microsoft has been on an updating rampage trying to bridge the gap and get computers on the newest adaptation of Windows.  Windows 8 was widely rejected by the computer industry.  Microsoft has recently added Windows Vista/7 and 8 to its list of operating systems it now no longer supports.  While updates are still available to users with these operating systems that have not installed them all,  new updates won’t be written leaving a potential gap in computer security for those that choose not to upgrade to Windows 8.1 or Windows 10.

Microsoft are so committed to Windows 10 and having users on the same basic platform across all devices such as tablets, phones, laptops and computers,  that they are offering Windows 10 FREE to any user with a fully updated and legal version of Windows 7, 8 or 8.1.  Put simply,  Microsoft wants you running Windows 10, and their tactics are working.  The big question is however,  should you update?  Our simple answer is,  YES with an asterisk.

Windows 10 has been designed to be extremely accommodating to hardware and software designed for earlier computers & operating systems, however, not all devices work.  For example, a printer that works with Windows 7 or 8 may not work with Windows 10.  That is an easy fix, a new printer and you're on your way...  the issue comes when you soundcard, graphics card or motherboard are not compatible...  you may be left with no sound or very basic graphics drivers which effectively make your computer almost useless.  Make sure you check compatibility requirements for all your devices and software before updating,  if you’re unsure ask us,  we'll do what we can to assist.